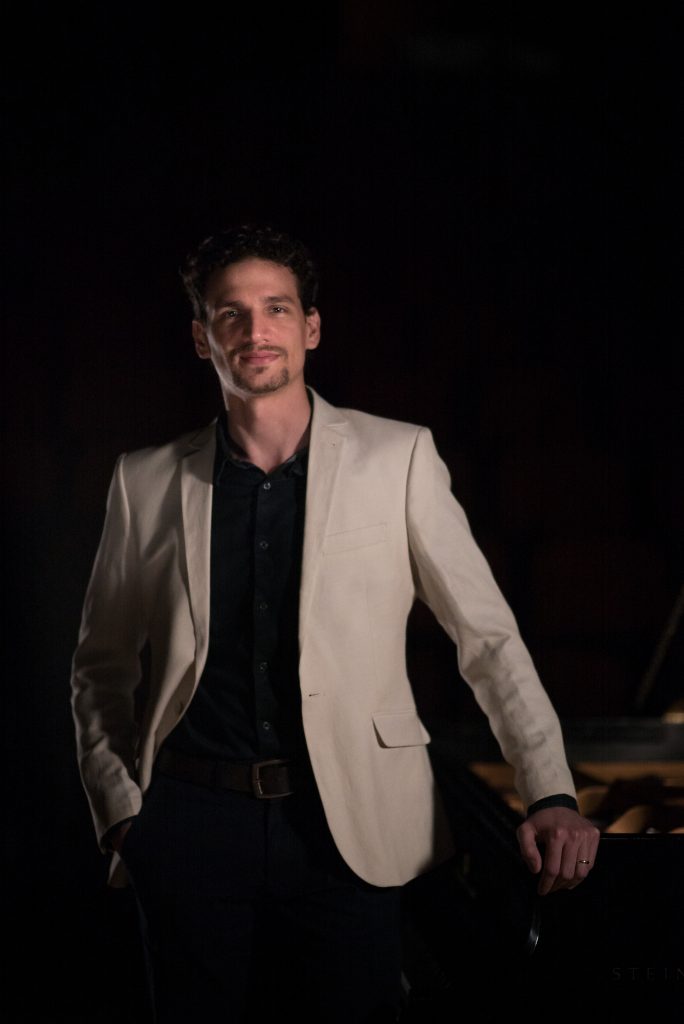 Jonathan began his piano studies at the Music School of Anápolis, later studying privately with Dr. Carlos Costa. He achieved a Bachelor of Music and a Master of Music degree, both in piano performance, from the Federal University of Goiás. His interest in research and New Music led him to pursue a doctoral degree at Bowling Green State University (BGSU), in Bowling Green – OH, where he is a Graduate Teaching Assistant and studies piano performance with a focus on New Music, under Dr. Solungga Liu. As a pianist, he is involved with solo performance as well as chamber music and accompaniment. He has won first and third prizes at the Concurso Nacional de Piano “Orestes Farinello” and third prize in the Concurso “Jovens Talentos da EMAC.” As a researcher, he has given oral presentations at congresses throughout Brazil, such as the XIII National Music Research Seminar of the Federal University of Goias the 23rd National Graduate Music Research Congress, and PERFORMA 2013 – Musical Performance and Artistic Research. Jonathan has also developed activities as a piano teacher, having taught at the Music School of Anápolis – GO, served as teaching intern during his graduate course, and now as Graduate Teaching Assistant at BGSU. His passion for piano pedagogy and contemporary music are reflected in his ongoing final document research, titled “The Effects of Learning Published and Commissioned Contemporary Works on the Performance Preference of Collegiate Piano Students: A Comparison of Two Approaches.” Jonathan has attended masterclasses by Viktor Chouchkov (Bulgaria), Pierre Ferraux (France), Lucianne Cardassi (Brazil/Canada), Robert Palmer (USA). His teachers include Dr. Luiz Medalha Filho, Dr. Ana Flávia Frazão and Dr. Carlos Costa.